When high school golden boy Cade Gallari publicly revealed he’d slept with “fat girl” Ava Spencer to win a bet, he broke her heart. Now a decade older and a head-turner with her own concierge business, Ava isn’t the gullible dreamer she once was—and she plans to prove it when Cade, hotter than ever, breezes back into town with an offer she can’t refuse.

A documentary film producer, Cade is shooting a movie about the mysterious mansion Ava inherited. And he wants her as his personal concierge. She’s certainly professional enough to be at his beck and call without giving him everything he wants. Like another shot at having her in his bed. But Ava doesn’t count on Cade’s determination. Because he’s never gotten over her. And he’s not above playing dirty to score a second chance at a red-hot future…

This is it, my friends—the final installation of the Sisterhood Diaries trilogy. In keeping with my previous Between The Covers for Jane and Poppy’s stories, I’d like to share another area of my town with you.

Ava’s story takes place quite a bit in the mansion on Queen Anne where we began this saga, but she makes her home in West Seattle, specifically on Alki beach, which is the birthplace of Seattle. Here are a few shots from her neighborhood.

Seattle has its own Statue of Liberty,
which is located where
the Denny party landed on Alki
(means by and by) in November 1851.

City side of Alki point
with a view of downtown
that Ava would see on
her early morning run.

Mountain side of the Duwamish Head
(the point). This would be the
view of the Olympics and
an Argosy tour boat from Ava's condo.

I’m not sure if I just made a really savvy move—or the biggest blunder of my life.

Present Day, the 9th of November

The bastard was late. Ava Spencer cursed the man she was waiting on as she paced the front foyer of the Wolcott mansion, alternately hugging herself against the cold and trying to rub some warmth into her arms through her coat sleeves. The place had been closed up for several weeks and between the wind currently buffeting the mullioned windows and the rainstorm that had blown through earlier, leaving a Seattlecentric damp-to-the-bone chill in its wake, she was freezing her ass off.

She would’ve turned on the heat, but there was little point. If the guy ever deigned to get here, she’d be showing him the mansion from attic to wine cellar. And while Jane kept the front parlor and hidden closet in Miss Agnes’ upstairs sitting room climate controlled for the preservation of the Wolcott collections that weren’t currently sold or on loan to museums, it would take until noon tomorrow to warm up the rest. And although she had turned on every light in the house, the illusion of warmth from the yellow glow from the lamps and overheads didn’t come close to replacing the real thing.

A laugh that went a little wild escaped her. Like that was the crucial issue here. Because. . .It’s not some guy, Av. It’s Cade Calderwood Gallari.

Jeez Marie. She couldn’t believe she’d agreed to this. So, yes, she was concentrating on the minutia for all she was worth to keep from thinking about it. Because it was too freaking late to second guess herself now.

She froze for an arrested second. Hell, no, it wasn’t! The heavy feeling in her stomach lightening, she snatched up her purse and started down the hallway to the kitchen. Its exterior door was the direct route to where she’d parker her Beemer. Cade was late? She was out of here.

Headlights swept the east wall across from the kitchen archway, stopping her dead. “Shit.”

She did a little dance in place to shake off the muscle-tightening tension that had her tighter than a guy wire, throwing in some yoga-breathing for good measure. Exhaling a final gusty breath, she nodded to herself. “Okay. Time to pull on your big girl pants.”

She forced herself to shove down her irritation over Cade’s tardiness, over the fact that he breathed, and bury it deep. It’s been thirteen years, girl. He’s a footnote, someone who no longer matters. Who hasn’t mattered for a very long time. So it probably wouldn’t do to snap his head off first thing.

But, oh, boy. The temptation.

She watched him through the back door window as he climbed the steps and stopped beneath the porch light, and her annoyance surged back with a vengeance. She fought it to a standstill once more, blew out a final exhalation and reached out to unlock the door.

The knob turned before she could open it and he blew into the kitchen, shaking himself like a wet dog and sending raindrops flying in all directions from his sun-streaked brown hair. Looking beyond him, Ava saw that it had begun to pour again.

“Man, it’s wet out there!” He flashed her his trademark Gallari smile, white teeth flashing and deep creases bracketing his mouth. Only she noticed that this time the blue, blue eyes glinting between dense, dark lashes held. . .something. Wariness maybe or. . .calculation? Something cooler and edgier than the smile that for years had haunted her dreams.

It just bugged the hell out of her that she felt his impact like a cattle prod to the breast bone. Why was it like this every damn time she laid eyes on him: this immediate, visceral one-two to the heart? It was identical to the reaction she’d had around Teenage Cade--and even after everything she knew about him, everything he’d done, seeing him gave her that same hot punch to the solar plexus.

Well, it would be a cold, cold day in hell before she felt the least bit tempted to act on it. She raised an eyebrow. “And you call yourself a Seattle native?”

“I forgot how fast the rain can soak a guy up here.”

She gave him a polite smile. “I suppose living in southern California will do that to a person.” She glanced at her watch. “Shall we proceed?”

“Yeah, sure.” His mouth developed an unyielding slant that somehow looked more at home on his chapped lips than his old smile. “Sorry I’m late. There was a wreck on I-5 and it took a while to get traffic moving again.”

She nodded her acceptance of his apology and watched as he looked around the kitchen. A small pucker of dismay appeared between his dark eyebrows. “It’s been modernized.”

When Ava looked him fully in the face this time, she found it less unsettling. “Surely you didn’t expect it to be the same as it was back in the Eighties?”

“As soon as Poppy, Jane and I inherited it, we had the awful sun room addition removed and yes, modernized the place throughout.” We were expecting to sell it, Slick, not rent it. “But a tour is worth a dozen explanations or descriptions, so let me show you the work we had done. I think you’ll agree our crew did a wonderful job of preserving the spirit of the original design in their restoration. We can start with the dining room across the hall.”

She turned, only to feel Cade wrap a hand around her forearm to halt her. Heat seeped through the cashmere of her coat sleeve beneath his light grasp, and she promptly swung back around, twisting her arm free.

Releasing her, he stepped back. “I just wanted to tell you, before we get started, how genuinely sorry I am for what happened back in high school. I was--“ 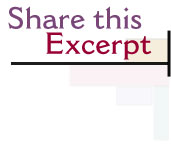 “Forget it,” she interrupted. She so did not want to rehash the ugly details of the past with him. “I have.”

“Really?” Those eloquent eyebrows rose, surprise flashing in the depth of his cobalt eyes.

She gave him a regal nod. She’d cut him off at the knees the other times he’d sought her out over the years to apologize, but if acknowledging his regret would move him along to a place where they didn’t have to hash over the past, then, fine. She’d grant him his damn redemption.

“You forgive me then?”

No. Hell, no. That would be a snowboarding day in hell.

But she gave him a serene smile. “Let’s just agree to leave the past in the past, shall we?” Not awaiting a response, she led him to the dining room and got down to business. “As you can see, great care was taken in here to preserve the integrity of the era in which the Wolcott Mansion was built—“